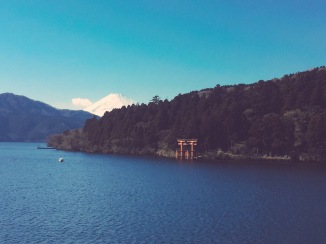 Before 2016, I’d never really ‘done’ Asia. Unless you count a stopover in Singapore airport back in 2004, which you probably wouldn’t. When I got the opportunity to visit Asia earlier this year, I asked friends which countries I should see, and had all sorts of recommendations, from Cambodia and Vietnam to South Korea to Indonesia. But it was the fact that several of my friends have visited Japan and all of them raved about what an amazing country it was, that made me add it to the list. (I’ve written about my trips to Hong Kong and both Bangkok and Ko Samui in Thailand if you are interested.)

I’m a reasonably seasoned traveller but I’ll admit I was worried about the language barrier before I went. While I’d heard efforts are made to have tourist signs in English, some areas could also be entirely Japanese. It turned out to be OK in the end, but I definitely struggled a little and got lost quite a few times, even with the benefits of smartphone apps.  END_OF_DOCUMENT_TOKEN_TO_BE_REPLACED