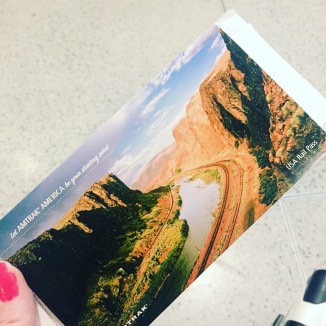 I first visited the United States in 2002 after splitting with my first serious boyfriend, convinced that going away somewhere fabulous (and distant) would take my mind off him. It worked, and has since become my preferred coping mechanism for break ups – end it, book a nice holiday, remind yourself there’s a whole world out there. San Francisco was the destination for that first visit more than a decade ago and it was exactly what I needed. An open-minded, free loving city with fantastic restaurants, bars, views; and a notorious former prison island as a main attraction.

Despite falling in love with America on that first trip, it was another nine years before I would visit again when I was invited to a friend’s wedding in New York State. Not only did I get to go to New York City and Niagara Falls for the first time, I was also able to see a British friend living in Boston who had moved there to teach. It was this holiday which made me realise how much I loved the States and wanted to visit as often as I could. New York City in particular became my second favourite city after my beloved London, and I ended up going there every year for the next four years. But I always felt I was missing out on the huge expanse of land in between the east and west coasts and knew I wanted to see more. END_OF_DOCUMENT_TOKEN_TO_BE_REPLACED